The death of the video game rumor has been greatly exaggerated.

Do you remember back when you couldn't look for video game info online without stumbling upon something completely untrue but also totally convincing?

If you were around for forums of the 1990s and early 2000s, you probably remember video game rumors. Dumb theories passed around as if it were real by people who've never seen every piece of content in a video game. And why not? After all, in 2000, nobody really had the tools to take a deep look into video games (if they even managed to get the ROM onto their computer) while nowadays anyone with a 15 year old laptop can open up Ghidra and disassemble even highly compressed ROMs like Super Mario 64.

You'd think that would mean that the rumors of old would be dead, right? After all, anyone can look inside their favorite video game and learn the truth—and it's not like the forum is alive and well right now. But you'd be wrong, the video game rumor is alive and well. It's just evolved is all. In a new form for a new era, and maybe even not one as different as you might expect. 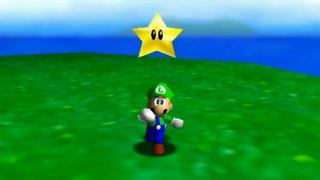 Rumors of old generally involved incredibly rare or unused files becoming activated. Such rumors as Brutus from Animal Crossing (2003), L is Real 2401 from Super Mario 64 (1998), and arguably Lavender Town Syndrome from Pokémon Red, Green, and Blue (2010). In fact, if you were to ask around, you might hear that Lavender Town Syndrome was the last of the playground rumors (if that honor doesn't go to Minecraft's Herobrine (2011), owing to its relative popularity in spite of it first appearing in the year 2010.

Pokémon, thanks to its randomized nature, was especially rife with rumors and fan theories. Besides the aforementioned Lavender Town Syndrome, there were the Pokégods (not to be confused with the later officially released Arceus, Dialga, or Palkia), Yoshi, Zapdos in the Radio Tower, Gary's Raticate, and too many others to list. The most recent of these, however, is the identities of the cut Pokémon from Red and Green. Speculation abounds about their indentities, with false information shared around all the time. 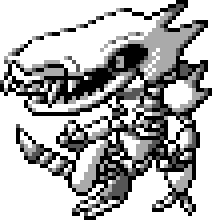 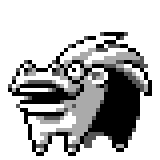 Modern rumors often revolve around the unknowable rather than the unknown. Things like the above, the true nature of game prototypes. Or lost games/their materials. In addition, while reading between the lines has always been rife with potential, they are a large portion of the modern rumor. Stuff like Shepard being converted at the end of Mass Effect 3, or the identity of the red-dressed woman. There are overlaps between rumor and fan theory (or WMG, as you might know it) if the fan theory is widely accepted enough.

However, possibly the most common type of rumor is simply the rumor of folklore passed down through the ages of the games of the past and the decisions behind them. The example in my head, and the reason I started writing this article, is the case of Super Mario Bros.: The Lost Levels. The folklore is Internet-famous, with anyone in Nintendo circles likely able to recount the tale:

Super Mario Bros., massive hit that it was, needed a sequel. In 1986, it got that sequel for the Famicom Disk System, but Nintendo of America thought it too hard for gamers of the time, and so passed on it. It didn't help that the United States never recieved the Famicom Disk System. So instead, the United States got a rebadged sprite-swap based on Yume Kōjō: Doki-Doki Panic (lit. Dream Factory) in 1988, our Super Mario Bros. 2, which was never meant to be a Mario title.

This story has many holes in it. Yume Kōjō in English is Dream Machine, Super Mario Bros. 2 is much more than a rebadge, with several gameplay overhauls, music changes, and polishes from moving from the disk hardware to the cartridge hardware, and The Lost Levels wasn't a sequel; it was a bad romhack taking place in a "parallel world". However, the legend persists, in part because very few sources have said anything about it. Rumors feed on a lack of information, not necessarily misinformation. So, it's just taken as gospel and repeated ad nauseum.

How many pieces of universal gaming knowledge might this be true for? Well, blowing on the cartridge is one. It technically works, but doesn't work the way you might think, and corrodes the contacts even worse afterward. Even games with full decompilations are faced with this; Super Mario 64 again with the July 29, 1995 build creepypasta that is making the rounds, for instance. Pokémon still sees the odd folklore trick or two, such as hitting A (or sometimes B) when the ball makes contact with the Pokémon.

Mystery surrounding video games might seem dead. After all, with anyone able to crack open a game's files in an instant on even okay PC hardware, learning every bit of the game's code and assets, what room is there for surprise? Well, ask Toby Fox. People still don't quite know everything there is in the code and files of the game Undertale. Who and what is W.D. Gaster? What about the rooms? How does the game keep tabs on you even with a fresh reinstall? These questions might not ever be answered, and it's a good sign for mystery in even PC games.

So, what's the bottom line here? Don't trust everything you read on the internet, and don't worry too much about discovering a game before the dataminers get to it. They've been around since the late 1990s but they didn't hamper your fun back then, nor your wonderment. If you buy a new game, play it blind. See what you come up with in your mind to explain the strange occurences, and you might just get that magical feeling of exploring the truly unknown once more.